I Hate Open-Office Plans and So Should You: Part One

Between exercise balls styled into office chairs and the word synergy, some wacky office trends have made their way through the modern workplace. But almost none have been as harmful and annoying as the open-office plan. Open-office plans replace cubicles with communal work areas featuring long tables or desks without divisions. When employers combine open offices with the hot-desking system, employees don’t even have an assigned workspace. Instead, they either reserve a spot or find one each morning, making them refugees in their own place of employment.

Open offices create stressed-out, unproductive, and unhappy employees. As the concept’s reputation worsens, it’s beginning to hurt recruitment and even retainment. For nearly any organization, the cost of lost productivity now outweighs any money saved in real estate.

In the interest of blogging integrity, I must disclose that I’m not a neutral party when it comes to open offices. In fact, I have a personal and powerful distaste for them after working at a shared open table many years ago. One summer afternoon, as I typed away on my laptop, I heard a sharp clanging sound I couldn’t quite place. I looked up from my computer to discover my coworker, who sat only a few feet away from me, clipping his fingernails. 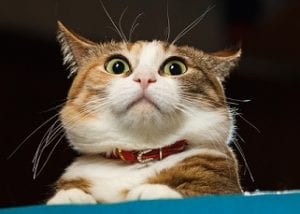 Sure, professional adults should know better than to clip their fingernails when they’re in viewing distance of their colleagues. But, as I learned the hard way, some don’t, and their colleagues shouldn’t have to suffer for it in the name of wall-free working. Across the globe, employees are learning the hard way about the importance of a private, quiet workplace.

For all of the lowly cubicle’s faults, it does a good job of absorbing sound. Without all those fabric-covered half walls, the open office has nothing to lessen the din of cell phone rings, gossiping colleagues, conference calls, pen clicking, mouse clicking, or, sigh, a neighbor’s fingernail maintenance. All that noise makes it hard to concentrate and actually complete tasks.

Many people end up wearing headphones to drown out the noise, eliminating the chance for the collaboration that open offices were supposed to encourage. On top of that, employees in these spaces lose any sense of privacy. You don’t just constantly see your coworkers in an open office. They constantly see you.

The privacy problem is worse for women. British researchers found that many women whose workplace had switched to an open-office concept felt as though they were on display at all times and changed their make-up and clothing because of their new visibility. They also avoided spaces where mostly male employees sat to prevent men from judging their appearance. Female employees around the world now avoid their open offices altogether by working from home, hotel lobbies down the street, or in one case, the office basement.

A Scandinavian study found that employees in open offices take 62% more sick days than those in enclosed workstations do. The combination of sharing close spaces (and germs) and the wear on the immune system from the stress of open offices may result in a sicker, less productive workforce. Also, when offices institute hot desking, people are less likely to clean up after themselves, giving viruses and germs free rein to find their next victim.

A study conducted at the Queensland University of Technology in Australia discovered negative outcomes for 90% of the open-office workers they surveyed. In fact, the head researcher said the plans caused “high levels of stress, conflict, high blood pressure, and a high staff turnover.” As the backlash against open offices continues, workers who are tired of wearing headphones and taking client calls in closets are starting to look elsewhere for employment.

In short, open offices stink. They’re bad for employees and bad for an organization’s bottom line. Luckily, if you’re redesigning your office’s plan, you don’t have to choose between dreary cubicles and productivity-stifling hot desks. Next week, we’ll give you some great alternatives that can work for everyone in your office.

COVID-19 Resources for Businesses and their Employees

David Johnson on Scouting on and off the Field

4 Office Holiday Party Stories That Will Make You Cringe

The Best Secret Santa Gifts for Everyone in Your Office

Guest Post: Employee Engagement Is Broken (How to Fix It)

Here’s Why Your Employees Don’t Love Their Benefits

Please Don’t Come Near Me! Five Healthy Ways to Keep Sick Employees at Home
Importance of Corporate Culture with Nate Little
Four Facts on Long-Term Care You Need to Know
COVID-19 Resources for Businesses and their Employees
Five Internal-Communication Strategies That Work

The Beneplace Podcast Has Arrived!

We're excited to announce the People Business Podcast, which covers HR trends and issues like attraction, retainment, and engagement.

Please log in again. The login page will open in a new tab. After logging in you can close it and return to this page.